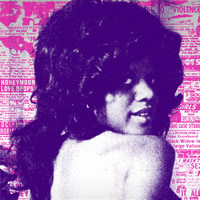 Joe Lewis is stuffed into a van with his six bandmates and one stranger, as they hurtle across Texas to a gig in Marfa. Most of the guys are sleeping now, content in the knowledge they’ve just made the record of their lives. All killer, no filler, the fittingly titled, take-no-prisoners Scandalous (Lost Highway)—once again produced by Jim Eno, moonlighting from his main gig as Spoon’s drummer—is a churning slab of rock & roll, blues and funk, laced with a double shot of 100-proof punkitude.

This band has gotten tight as a gnat’s ass through nearly two years of barnstorming without a break. “We’ve grown a lot as a band, and so has our fan base,” the lanky, enigmatic Lewis acknowledges. “Hopefully it’s still going up, but it will ultimately be what we make of it. As the shows get bigger and we get bigger, we have to keep improving to meet the demand. If we can’t do that, it won’t go anywhere.” From the look in Joe’s eyes as he glances at the one-stoplight towns and endless open country of central Texas whizzing past, you can tell he knows whereof he speaks.

While on the road, they also eagerly soaked up the worldly knowledge of touring mates the New York Dolls and Cedric Burnside & Lightnin’ Malcolm. “The Dolls covered Bo Diddley and Sonny Boy Williamson, and so do we,” says guitarist Zach Ernst, riding shotgun in the van, as he does in the band. “That youthful, aggressive, unschooled thing is really appealing to us. That’s what we like to listen to and what we’re shooting for. We’ve had some lineup changes since the first record, but at its core, it’s still the same band, and everyone’s excited to move on to the next stage.”

Like his forebears, Lewis writes from direct, often bitter experience with unflinching veracity. The songs of Scandalous are littered with the debris of age-old issues: hard times and one-night stands, lying and cheating, redemption and revenge. Gritty, raunchy and real, his music is not for the squeamish, but experiencing it fully can be genuinely cathartic. 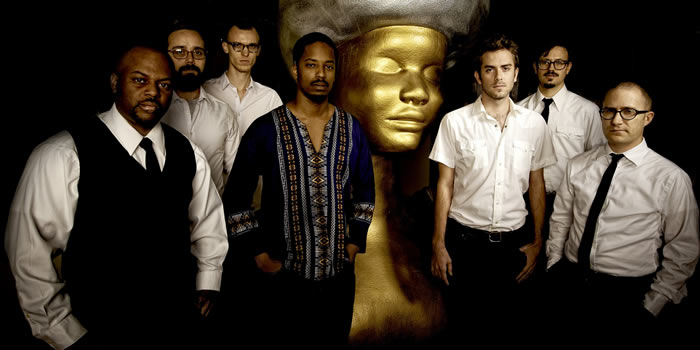 The album opens with the funky fantasia “Livin’ in the Jungle,” as Joe wails with tonsil-shredding abandon over a rhythm section erupting like a tropical storm and horns honking like hyenas in heat. “I’ve always said that if I ever got rich, I would go buy a bunch of land in the Congo or the Amazon, build a nice house and have an Amazon woman to hang out with,” he explains, straight-faced. On the following “I’m Gonna Leave You,” the band sends a jolt of electricity through a Mississippi hill country blues template. “It’s about leavin’ a girl, just gettin’ out while you can, before the shit gets too thick,” he says, punctuating the line with a wicked cackle.

From there, it’s all hands on deck, as one sonic assault after another rips into the eardrums and the pelvis all at once. The instant-classic highway boogie “Mustang Ranch” recounts, in sordid detail, an overnight drive between Salt Lake City and San Francisco, Joe spinning out the narrative as a revved-up talking blues. “It was a long, ridiculous drive, and we got the idea of stopping at the Mustang Ranch,” he recalls. “We were like, ‘Let’s go, man—we got nothin’ better to do.’ So we stopped in there, and it was a really odd experience.” Here, another quick laugh escapes Joe’s lips. “We figured out that we don’t fit brothels that well, and the girls are all fuckin’ busted. But nobody caught anything. Then we left, and we stopped in Reno at six in the morning. It was a freaky experience. We went into a casino and got a cheap breakfast, and all the burnt-out gamblers were walking the town like zombies out there in the early morning. There were even weird lights hovering in the sky. That song’s a true story, pretty much.”

Lewis seems to be channeling Robert Johnson on “Messin’,” which turns on his spooky, low-down vocal and acoustic guitar. “I’m just an old-style blues fan, and I’m tryin’ to do that kind of thing with it,” he says, reeling off the names of his favorite practitioners: Lightnin’ Hopkins, Junior Kimbrough, Elmore James, Howlin’ Wolf and Magic Sam.

The album’s biggest surprise is “You Been Lyin’,” a torrid, politically-themed workout in the tradition of Parliament-Funkadelic and late-’60s Temptations. Featured on this track are the group vocals of the Relatives, a Dallas gospel funk band that made some criminally under-exposed records three decades ago. “They’re like the greatest band ever,” says Joe, “and I’m glad we got them on there, ’cause they made the track really sweet.” Here and elsewhere, you can also pick up the influence of the Stooges, another of Lewis’ touchstones, in the confrontational physicality of the performances. “People call us a soul band, but we’re more of a rock & roll band,” he points out.

“We feel like what we’re doing is different from the soul bands with horn sections that are out there right now,” Ernst adds. “We always joke that we would do that kind of music, but we’re not good enough: our guitars are too loud, we’re too primitive on our instruments, and Joe is more of a shouter and a talking-blues guy than a smooth soul singer. So we’re carving out our own thing because it’s the only way that we can do it. We can’t play it any cleaner or smoother—and we don’t want to, either.”

Growing up in Austin and Round Rock, Joe took it all in—Delta and Chicago blues, Memphis soul, Detroit garage punk—and what came out the other end was, and is, unlike anything else out there. “I don’t know, man—I just kinda dove into it,” Lewis continues. “These neighbors of mine were in this country band and they got to go on tour all the time, and I had to go to work in this stupid factory. I was like, ‘Man, I gotta get in on that.’ So I pulled a guitar down off the wall of a pawn shop where I was workin’ at the time and learned stuff as I went along. The people I was playing with wanted to practice all the time, and I was like, ‘No, man, let’s get out there—I wanna try to do this shit.’ I pretty much learned on stage.”

After years of struggle to get heard, things started moving fast for Lewis after he and Ernst put together the earliest incarnation of Black Joe Lewis & the Honeybears, naming themselves after a crusted container of honey they found on the floor of their “disgusting” rehearsal room. They went out with Spoon after Britt Daniel caught a set, and their subsequent, Eno-produced EP caught the ear of Lost Highway’s Kim Buie, who signed them to a record deal. Eno then helmed their 2009 debut album for the label, Tell ’Em What Your Name Is!, much of it cut live off the floor. “The album manages to maximize every incendiary second of sonic sexuality the band is putting out,” raved PopMatters’ Christel Loar. “Make no mistake, Lewis knows his history, but he also knows his moment, too, and it’s now. The Honeybears aren’t afraid to mine the past to make music for the future.”

That spot-on assessment goes double now. “We pride ourselves on keepin’ our own style and staying true to the guys we look up to,” says Lewis. “We play the music that we like listening to. It’s always about the music first.”

As night falls, the van pulls into Marfa, the musicians rub the sleep from their eyes and stretch their muscles, which will soon be put to use unloading their gear. This is what they live for—another night blowin’ the roof in front of a houseful of boozed-up locals looking for a thrill. For the paying customers, it’s a few hours of sweet relief. For Joe Lewis & the Honeybears, it’s another long day and hot night in the life of a working band—seven hungry guys with their eyes on the far horizon.