Tell 'Em What your Name Is! 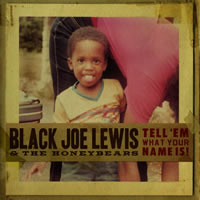 Experiencing the raw energy of Black Joe's performances, accompanied by The Honeybears' masterful backing is the equivalent of a kick to the stomach. Their gut-shot style, felt in such songs as "Gunpowder", "Master Sold My Baby" and "I'm Broke", draws directly from their classic soul, R&B and blues influences. Inspiration from artists such as Otis Redding and The Bar-Kays, James Brown and Lightnin' Hopkins are clearly present in their songs and live shows, but Black Joe Lewis & The Honeybears inject a full-tilt, unabashedly brash element to this old-school style.