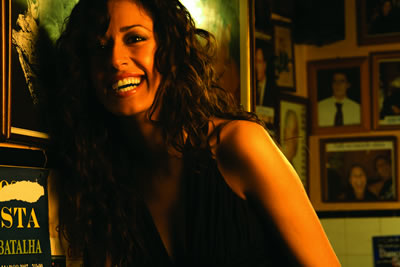 The Fado Anthologia album, a compilation of traditional Portuguese music is now available from the Wrasse Records web-site.

Although Portugal’s musical scene is rich and diverse – rock, jazz, hip-hop, traditional genres as the viras from the northern region of Minho, the Algarve corridinhos, the fandango, the warrior dances by the Pauliteiros from Trás-os-Montes – when you think of Portuguese music, you immediately think of Fado. Popularized all over the world by Amália Rodrigues, and more recently by extraordinary young singers such as Mariza, Cristina Branco, Mafalda Arnauth, Mísia, Ana Moura, Dulce Pontes or Camané, Fado is the ultimate Portuguese expression.

In the twentieth century, thanks to audio recordings, radio and cinema, Fado became the most popular music genre in Portugal. Male and female singers as Amália Rodrigues, Alfredo Marceneiro, Maria Teresa de Noronha, Lucília do Carmo and her son Carlos do Carmo, Tony de Matos, Teresa Tarouca, Manuel de Almeida or Hermínia Silva reached unprecedented success. Among these, Amália Rodrigues was the most famous internationally, performing all over Europe, in the United States, Brazil and Japan, rapidly becoming a “world music” icon, many years before the expression was included in music’s lexicon. The 70’s and 80’s were a troubled period; the 1974 revolution returned democracy to Portugal but most of Portugal’s traditional values were questioned and sometimes regarded as reactionary. It was not until the 90’s that a new generation of singers and players, of poets and composers, brought back Fado to the streets of Lisbon (there are more Fado houses than ever before, all of them filled with enthusiastic young people, listening to and performing Fado). This new chapter in Fado’s history is made possible not only thanks to a whole new generation of performers and listeners but also because Fado incorporated elements of other musical genres (fusions with flamenco, tango, bossa-nova or jazz now happen frequently). Piano, double bass, percussion, or accordion can now be heard alongside the traditional instrumental trio (Portuguese guitar, guitar and acoustic bass).

The recent application to World Heritage also contributed to an unprecedented international interest on Fado. Fado Anthologia brings together past and present icons, the men and women who are the voice and the soul of Portugal.