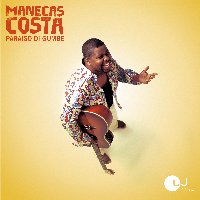 The title song of a self-produced solo album called 'Fundo di matu' yielded a Portuguese hit and earlier this year Costa released the hugely acclaimed 'Paraiso di Gumbe' on the BBC's Late Junction label, which was produced by presenter Lucy Duran and engineered by Jerry Boys, famous for his work on the Buena Vista Social Club album. Prepare to witness the musical re-birth of a nation and the outing of one of West Africa's best-kept musical secrets.