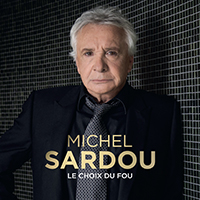 "Le Choix Du Fou" marks the triumphant return of Michel Sardou. Her previous album recorded in the studio "Etre une femme 2010" dates from ... 2010! It is an event because it will be the last album of the glorious career of this master of French song. Michel Sardou is as always the witness of his experiences, taking again the theme of the divorce with "Et Alors!", or that of the trades that are lost with "Medecin De Champagne", the song about the Pope: "San Lorenzo", ecology: "La Colline De La Soif" and his debut in cinema: "Le Figurant".
Michel Sardou was surrounded by followers on the album: Pierre Billon, Jean Mora and Thierry Blanchard to make a fitting finale.