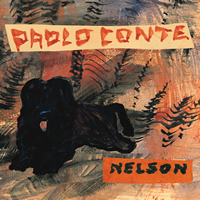 “A gruff smoker’s voice, a piano style that wanders from honky-tonk to tango palace to tony cabaret, and a weathered romantic’s world view have made Paolo Conte a well-known songwriter in Italy.” (The New York Times)

Born in Asti, a small wine-producing town in northern Italy, Paolo Conte has held a lifelong passion for jazz and the visual arts since his schooldays. Songwriting started spontaneously, almost instinctively: first he and his brother Giorgio, and then he alone, would write songs inspired by books, films, and the imaginative development of actual experience. He worked for several years as a lawyer. His performing career began on a small scale as a vibraphone player in local and touring bands (Saint Vincent Jazz Festival), with occasional foreign trips (3rd place in the Oslo International 'Quiz').

However, in the second half of the 1960s his compositions drew notice and popular singers began to record his music. For the first time the public heard these strange, unusual songs: “La coppia piů bella del mondo” and “Azzurro” (sung by Adriano Celentano), “Insieme a te non ci sto piů” (Caterina Caselli), “Tripoli '69” (Patty Pravo), “Messico e nuvole” (Enzo Jannacci), “Genova per noi” and “Onda su onda” (Bruno Lauzi), and many others.

Paolo Conte’s own recording career began in 1974, with his debut album, Paolo Conte. For the first time, the public heard that languid voice, nonchalantly walking a tightrope of melody, narrating poetic fragments of brief encounters, sudden enthusiasms, and nostalgic recollections. A year later, a second LP was released (also called Paolo Conte) with another collection of songs in the same vein. With these two albums Paolo Conte had made his public debut as a singer-songwriter.

He gained widespread public recognition in 1979 with Un Gelato Al Limon and Paris Milonga, which were presented in 1981 at a special “Conte Day,” organized by the Club Tenco at San Remo. The following year saw the issue of Appunti Di Viaggio, a collection of songs that provided a rich repertoire of concert songs.

Paolo Conte entered the limelight again in 1984 with his first CGD recording, an album with the familiar title of Paolo Conte, which received enthusiastic reviews. He followed this release with a series of successful concerts at the Théâtre de Ville in Paris, receiving critical acclaim throughout France. He then ended his tour with sold-out concerts throughout Italy. The enthusiastic atmosphere of this tour was captured on a double live album, titled Concerti released in 1985.

With the release of another double album, Aguaplano, in 1987, Paolo broadened his artistic range, introducing new elements to his work. With the release of “Aguaplano”, Paolo toured abroad playing in Canada, France, Holland (where he received gold and platinum disks), Germany, Belgium, Austria, Greece and Spain---not to mention two nights at New York's historic Blue Note Club. He also made appearances at many jazz festivals including Montreux, Montreal, Juan les Pins, Nancy etc. Following the tour, a live album (Live) recorded at the Spectrum in Montreal, and a video (Nel cuore di Amsterdam) recorded at Theâtre Carré was released.

After a short hiatus, Paolo Conte released a new album, Parole D'amore Scritte A Macchina (1990) which introduced a new set of recently composed songs and revealed another side of Paolo Conte, a new musical approach which included backing singers and electronic experimentations.

The portrait of Paolo Conte on the album cover was the work of Hugo Pratt, a friend. In 1982, Conte wrote the music for the theatre performance of Corto Maltese. In the same year, Hugo Pratt illustrated 20 of Paolo Conte’s songs for a book dedicated to him by the editor Lato Side.

In addition to his success as a recording artist, Paolo Conte is also acknowledged as a prominent figure on the cultural and literary scene. In 1991 he received the Librex-Guggenheim award “Eugenio Montale per la poesia”, in the “Verses for music” category.

The following album, Novecento (October 1992), marked a return to a more familiar style--vintage Conte, in fact. The experimentations of “Parole D’amore” had been left aside in favor of a splendid band capable of suggestive echoes of jazz and musicals as commentaries on Conte's famous rhythms, melodies, and lyrics: elegant, seductive or even drunken rhythms lurching into hot jazz, or barroom tangos; music of memories that are half true, half dreams; poetic fragments of colors, images and fantasies.

In 1995 he released Una Faccia In Prestito, in which he worked in close collaboration with bassist Jino Touche, percussionist Daniele Di Gregorio, and accordionist and multi-instrumentalist Massimo Pitzianti with contributions on individual tracks from other members of his band. This album possesses the typical elements of the classic 'Paolo Conte song’-- his taste for a pastiche of various styles and periods, the evident pleasure gained from creating fantastic musical texts accompanied by a witty language of unpredictable invention, like the pidgin of 'Sijmadicandhapajiee', or the 'Spanish' of 'Danson metropoli' and 'Vita da sosia'.

The collection The Best Of Paolo Conte was published in Europe in 1996. The 20 songs included in the album make up the first true anthology of Conte’s career: songs which all have a place in the history of the Italian song: “Azzurro”, “Bartali”, “Genova per noi”, “Boogie” and “Via con me”, all interpreted in Conte’s instantly recognisable style. In addition to the better known tracks, some of the author’s favourite are also featured, among which “Colleghi trascurati”, “Max” and “Gong Oh”. In 1998 the collection was released for the first time in the United States under the Nonesuch label, and was followed up by a hugely successful tour (New York, Boston, Los Angeles, San Francisco). The Best of Paolo Conte was voted record of the year by The New Yorker and Rolling Stone.

In 1998 a new live double album Tournée 2 carried on where the previous “Tournée” album left off, and was issued in response to audiences’ enthusiastic and repeated requests. None of the tracks on this double album had been previously released as live versions. Tracks such as the instrumental “Swing,” “Legendary,” “Irresistible” (with vocals from Ginger Brew), “Roba da Amilcare,” and “Nottegiorno” appear for the first time on record.

In 1999 he was named “Cavaliere di Gran Croce” of the Republic of Italy.

In November 2000, Razmataz was released to critical acclaim in Europe on CD and DVD (with a montage of 1800 drawings by Conte accompanied by music and dialogues). This is a sketch for a musical ‘’revue’’ set in Paris in the 1920s, the meeting place of European avant-gardes and the new black music. Conte spent two years touring Europe with sold-out concerts that include songs from his project, sometimes combined with exhibitions of his drawings.

In May 2001 in France he was named “Chevalier dans l’ordre des arts et letters”.

He also received an honoris causa degree in modern literature from the University of Macerata in 2003, where he gave a lecture entitled “I Tempi dell’Ispirazione”: il Pomeriggio. The official motivation for the award expresses at best all the refinement of Paolo Conte’s life-long work and art: “For having translated into a wholly original language, of great textual and poetic texture, types, places, situations, stories, and atmospheres of aspects of the contemporary imaginary”.

In April 2003, Reveries was released worldwide – a collection of 16 classic Conte songs, 12 of which were re-recorded and re-arranged to bring them closer to the performance style of his much-appreciated concerts. Paolo Conte went back into the studio with all the musicians who had accompanied him around the world on the two-year long “Razmataz Tour”, and recorded 12 new versions of classic songs from his repertoire. The new recordings are interesting for a wealth of reasons. The title track “Reveries”, for instance, is a true masterpiece of a song which had previously only been recorded in a live version for the album “Tournée”. Conte classics such as “Dancing”, “Diavolo rosso” and “Sud America”, feature new arrangements and allow listeners a taste of how they are often performed during his magical concerts. Versions which differ considerably from those recorded for the albums published in the 1980’s. The album is completed by the addition of four songs taken from “Paolo Conte” and “Novecento”. After having been released in the United States by Nonesuch, the album was also published in the rest of the world.

2003 was also the year in which a box-set dedicated to Paolo Conte was issued as part of the Einaudi Parole e Canzoni series. This included the book “Si Sbagliava da Professionisti”, in which Conte made rare comments on some of his songs. The introduction is written by Andrea Camilleri and the Oscar winner Nicola Piovani. The box also contains a DVD, produced by Renzo Fantini, in which Paolo Conte talks about his art in a lengthy video interview, another rare event.

Nine years after his last album of new songs, Elegia was released in 2004, with 13 new tracks from the Asti singer-songwriter. An album of great artistic maturity, for the poetic and musical quality of the songs which are truly original in terms of composition. In a search for essential artistic expressiveness, Conte sings about the elegy of life, or better of a life that is worth living.

In 2005 Paolo Conte Live Arena di Verona was released on CD and DVD. The tracklist is the same on both (the concert at the Verona Arena), with the same songs, eight of which had not formerly been available in a live version: the six from “Elegia” plus “La Donna d’Inverno” and “Gioco d’Azzardo”. The CD also contains an brand new song, “Cuanta Pasión”, recorded in the studio with the contribution of guitarist Mario Reyes from the Gypsy Kings family and of the Spanish singer, Carmen Amor.

On May 24 2007, he was awarded an honoris causa degree in painting by the Academy of Fine Arts at Catanzaro, where he gave a lecture entitled “Razmataz – La Bellissima Negritudine”.

On June 25 2008, the concert “Paolň Symphonique” made its debut performance in Lyons, France. This was a musical project proposed by the Lyons Auditorium and the Lyons National Orchestra conducted by Bruno Fontaine. Each concert includes a first part with Paolo Conte performing with his historic group and a second part in which they are joined by the great Symphony Orchestra. The repertoire includes many well-known songs and a few new ones. Following the debut in Lyons, the first dates for this new musical adventure are July 31 2008 in Athens with the Greek Radio TV (ERT) Symphony Orchestra and September 5 and 6 2008 in Paris with the Orchestre National d’Ile de France and in Venice as unique date in Italy: July 31st 2009 piazza San Marco.

On September 5 2008 Paolo Conte’s new album, Psiche, will be presented to the press. Produced by Renzo Fantini for Platinum and distributed worldwide for the first time by Universal, the album contains 15 new songs and is truly out of the ordinary, one of the most important of Paolo Conte’s career. Between Love and Psyche, the Maestro chooses Psyche because it is more earthly and above all has more tales to tell. The songs on the album seem to be created for contemplation, just like standing in front of a wonderful painting. Recalling another of Paolo Conte’s great passions, painting, in the case of Psiche we could talk of pictorial songs.

On October 11 2010, Paolo Conte’s new album Nelson, will be presented to the international press. The album will be distributed worldwide by Universal for Platinum.