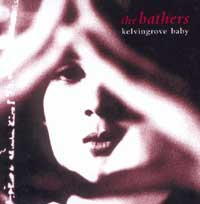 Kelvingrove Baby(Re-Release).The album had rave revues when it was released in 1997.

What the reviews said...

"As the guiding light of the bathers, Thomson has crafted some of the most intelligent and inspired albums of the past ten yearsIn short, his is the great neglected talent of the British Music Scene" - The Sunday Times, January 1997

"Kelvingrove Baby" is, for the most part, a truly lovely confection of endless yearning, overblown emotions, stirring tunes and high-grade ponciness. As Thomson himself would never say: fucking ace." - John Mulvey, VOX 8/10, May 1997

Thomson makes intelligent, articulate, literary songs every bit as accomplished as both The Blue Nile and Tindersticks, with whom they share a statuesque majesty. From start to finish, this album is an open, aching love letter of often spectacular beauty ( the tender "Girlfriend" features the couplet "Isn't she fine/Positively the sweetest of her kind"} An exquisite record" - Nick Duerden, Q ****, April 1997