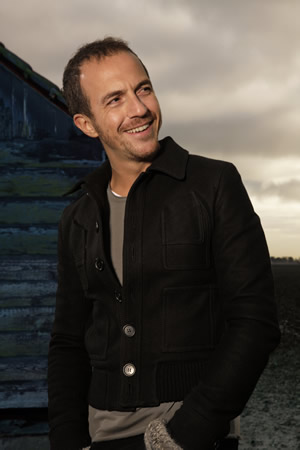 Calogero has a career in the French pop-rock scene that extends over twenty years, firstly as a member of a highly successful pop trio (Les Charts) and latterly as both a credible songwriter and solo artist.

He has written material for many other succesful acts including Ismael Lo, Florent Pagny, and Patrick Fiori.

As a solo recording artist he has grown in stature over the years from his debut in 2000.

'L'Embellie' is his fifth studio album and in April it crashed straight in at #1 on the French Charts.