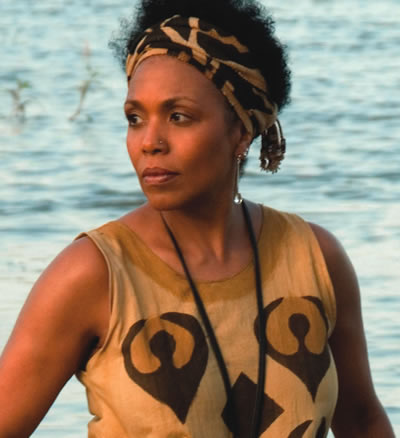 Over the course of a multifaceted career that has spanned forty years, Grammy and Tony Award-winning Jazz diva Dee Dee Bridgewater has risen to the top tier of today's vocalists, putting her own unique spin on standards as well as taking intrepid leaps of faith in re-envisioning jazz classics. Bridgewater's career has always bridged musical genres. She earned her first professional experience as a member of the legendary Thad Jones/Mel Louis Big Band, and throughout the 70's she performed with such jazz notables as Max Roach, Sonny Rollins, Dexter Gordon and Dizzy Gillespie. After a foray into the pop world during the 1980's, she relocated to Paris and began to turn her attention back to Jazz. Signing with the Universal label as both a performer and producer (Bridgewater Executive Produces all of her CD's), Bridgewater released a series of acclaimed titles beginning with Keeping Tradition in 1993. All of them-including her wildly successful double Grammy Award-winning tribute to Ella Fitzgerald, Dear Ella -have received Grammy nominations.

Bridgewater has also pursued a parallel career in musical theater and won a Tony Award for her role as "Glinda, the good witch of the South" in The Wiz in 1975. Her other theatrical credits include Sophisticated Ladies, Black Ballad, Carmen and Lady Day, a Billie Holiday tribute for which Bridgewater received the British Laurence Olivier Nomination for Best Actress in a Musical. She also became the first African American actress to play the role of Sally Bowles in Cabaret, a production staged at the Mogador Theatre in Paris.

As an Honorary Ambassador to the United Nations’ Food and Agriculture Organization (FAO), Bridgewater continues to appeal for international solidarity to finance global grass-roots projects in the fight against world hunger. Bridgewater also hosts NPR's award-winning weekly syndicated show, JazzSet, now in its second decade on the air; and her recordings are available worldwide as she continues to tour globally, performing to sold-out venues both domestically and internationally.