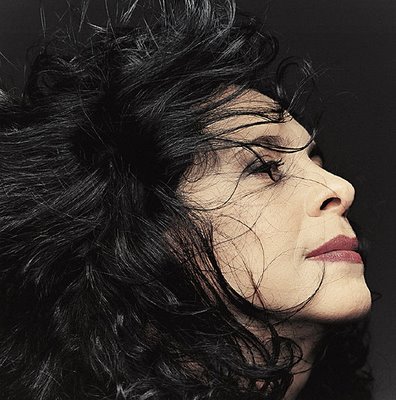 Gal Costa was born Maria da Graca Costa Penna Burgos (Her stage name came from her younger cousins nickname "Gau" for her), in Salvador, Bahia Brazil. She was one of the most illustrious female singers from the tropicalia movement and was a highly energetic individual, who changed constantly as a performer, who also actively got involved in political activities. She was brought up listening to music and was encouraged to pursue a singing career by her music-loving dad. She then teamed up with Caetano Veloso and his sister Maria Bethania in 1963 who then in turn introduced them to Gilberto Gil and Tom Ze. They then headed off together to Sao Paulo, to start their own career, however they kept in touch and are now lifelong friends. The new dictatorship at the time in Brazil was against any new ideologies and concepts, so while Gilberto Gil and Caetano Veloso decided to go into exile to London Gal and Maria stayed behind and took part in politically radical concerts. With her key writers in exile she sort other composers like Macale, and released the album "Gal".
In 1973, the album cover of Costa's India was censored because the image of the singer in a red bikini was considered too daring. By the late 70s, however, she became a superstar, becoming more and more popular and commercial. She endured the 80s as absolute queen among the big stars in Brazilian music, even being regarded by some as Brazil's greatest female singer. Backed up by choice composers, she recorded songs by Jorge Ben Jor (Que Pena) , Erasmos Carlos (Sua Estupidez) and Tom Jobim (Desifinados) . In 1982, the double album Fantasia spawned the huge carnival hit "Festa Do Interior". In the 90s, she continued her rise to being a top selling artist in Brazil.