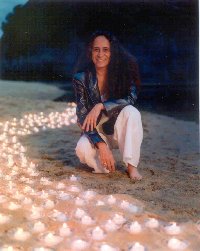 "One of Brazils Modern Legends" The Times

Known as 'the Soul of Brazil', Maria Bethania is a supremely popular artist, who nevertheless remains enigmatic, and a very private person. With her rich deep voice she challenges gender stereotypes, offering interpretations of songs that hold in equal balance the masculine and feminine sides of both men and women
She was an integral part of the Tropicalia movement in the 60's which was universally credited with redefining what is known as Brazilian music, it laid the groundwork for a renaissance of Brazilian popular music both at home and abroad.