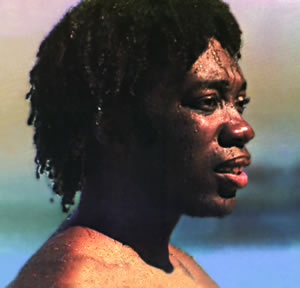 Now available from Wrasse Records, Bituca: The Definitive Collection. 40 of Milton's most influential songs over his expansive career.

Considered by many to be the most important singer and musician ever to come from Brazil, Milton Nascimento has been an international star for forty years. Famous for his falsetto and tonal range, his remarkable voice is haunting. But it is not only his performance: he is also acclaimed as a songwriter, blending Brazilian bossa nova and folk music with influences of African folk, classical music and jazz from Europe, and pop and rock as well. In 1967, Milton took part in the International Festival of Songs in Rio de Janeiro and was placed second with the song “Travessia” – a tune that effectively became his signature, and is the opening song on this collection.   In Brazil, Nascimento’s reputation grew with the Clube da Esquina, and his international breakthrough came with his appearance on jazz saxophonist Wayne Shorter's acclaimed 1974 album Native Dancer – a jazz-fusion masterpiece including five Nascimento compositions. Further collaborations and guest appearances followed - Herbie Hancock, Ron Carter, Sarah Vaughan, Pat Metheny, Jon Anderson, James Taylor, Cat Stevens, Quincy Jones, Paul Simon, and Peter Gabriel (and in 1993, even Duran Duran).