Out Of My Hands 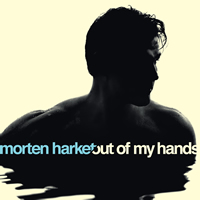 Morten Harket the lead singer and founder of the 36m selling Pop phenomena a-ha is releasing his fourth Solo album. Deep inside, Morten Harket felt that he personally had more to tell even after the final break up of a-ha in 2010. With the light, up-tempo arrangement of "Scared of Heights" comes the first "“post a-ha era"” song. Upon hearing the intro, it was clear: Morten Harket had listened to his heart. He is taking the band’s special aura into the future - in his own way. Unlike in his earlier solo albums, he is not trying to stick or relate to any specific genre, but is clearly dedicating himself to the art of the great pop song. This is obvious when his unmistakable voice floats through an arrangement penned by Norwegian songwriter Espen Lind, this is when the spirit of a-ha unites with Harket’s joyful creativity.   “Scared of Heights” is both a sample of, and a look at, the upcoming “Out of My Hands” album. After creating the framework in his studio at home in Oslo fjord, Harket put together a multi-talented team. His very old friend and lyricist Ole Sverre Olsen joined him, as did Swedish producer Peter Kvint, British studio crack Steve Osborne and keyboarder Erik Ljunggren.