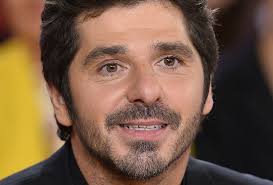 In 1993, Fiori came fourth place in the Eurovision Song Contest with the song "Mama Corsica". The following year, his first album was released, entitled Puisque c'est l'heure. His successful audition for the musical Notre Dame de Paris enabled him to originate the role of Phoebus both onstage and in the recording studio. With Daniel Lavoie and Garou, he recorded the song "Belle". The following year, Patrick signed a contract with Sony and recorded his 3rd album Prends Moi (Take me). Patrick finally decided to end his role in Notre Dame de Paris in the year 2000 in order to dedicate more time to his fourth album, Chrysalide. Two years after, his fifth album was released and in 2008 the album Les choses de la vie was released, followed by the most recent album "L'instinct masculin". His 2007 single "4 Mots sur un piano" was number one in the French charts for two weeks.