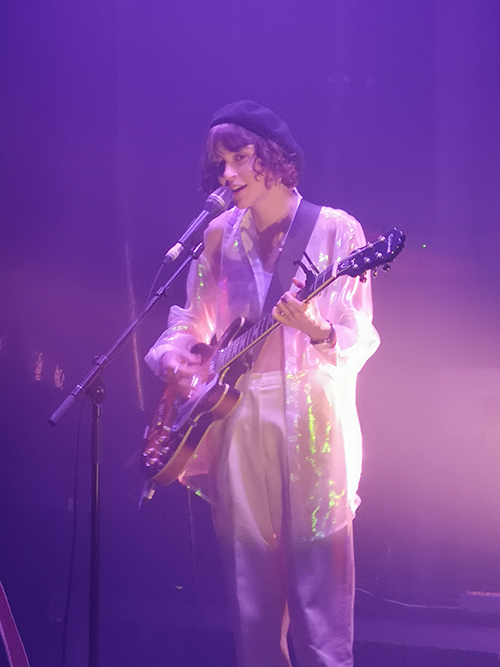 Claire Pommet grew up in the Lyon area. She learned music theory from the age of 6, joined a children's choir, La Cigale de Lyon, at age 7, and learned to play the cello at age 8. Her mother plays the flute while her father, a real estate agent, listened to Michel Polnareff, Serge Reggiani. and Charles Aznavour. One of her father's friends introduced her to American folk and country music. She is self-taught and publishes videos on the YouTube web platform. In September 2017, at the age of 21, she performed for the first time at La Boule Noire in Paris. In October she released her first chanson française album, titled A peu pres; it was described as a mixture of pop and folk The lyrics she writes often evoke themes of love, death, and "everyday situations that resort to romanticism". Love, in her lyrics, is not only heterosexual, but also bisexual or homosexual; "I am naturally comfortable with my homosexuality, for example, using female pronouns in my songs. And I think it's important, given the amount of thank you messages I get. As a teenager, I would have also liked to recognize myself in lesbian singers". In 2020, she won the Victoires de la Musique award for album révélation ("newcomer album") of the year with her second studio album Les failles. In 2021, she was crowned artiste féminine ("female artist") of the year.