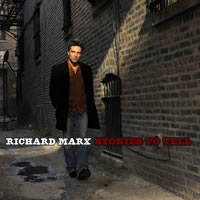 Richard Marx has sold over 30 million records in his career and he has written 13 No. 1 songs, including the huge hits “Endless Summer Nights”, “Now And Forever”, “Hazard” and “Right Here Waiting”.  In Europe, From 1987 to 1990, he became the first male solo artist in history to have his first seven singles reach the top 5 on Billboard’s singles chart. This feat remains unchallenged. He remains a fixture on pop and adult contemporary radio, even as he emerged as a top producer and writer, working with some of the biggest names in the music business such as Luter Vandross, Barbra Streisand and Keith Urban.

The brand new album contains eleven acoustic reworkings by Richard of his biggest hits, along with 7 bonus tracks where he has recorded with a full band seven of his biggest songs as recorded by other Artists.