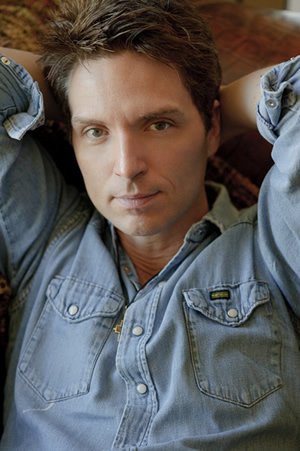 For over 20 years, Richard Marx has consistently and powerfully made his mark on the music industry. His debut single "Don't Mean Nothing" and self-titled debut album kicked off his career as a solo artist in 1987 and went on to sell 3 million copies. His 1989 follow-up CD, "Repeat Offender," became even more successful, selling over 7 million copies worldwide. From 1987 to 1990, he became the first male solo artist in history to have his first seven singles reach the top 5 on Billboard's singles chart, including the #1 hits "Hold On to the Night," "Satisfied" and the worldwide classic, "Right Here Waiting." This feat remains unchallenged.

He was nominated for Grammy awards 3 times and received an American Music Award nomination for favorite male singer. In 1992, he was awarded Best Selling Adult Contemporary Artist at the Billboard Music awards, and received the International Song of the Year Award at the Australian Music awards for his song, "Hazard," from his double platinum CD, "Rush Street." 1994's "Paid Vacation" CD also went platinum and featured the single, "Now and Forever" which not only went top 10 on the Billboard Pop Chart, but spent a nearly record breaking 13 weeks at #1 on the Billboard AC Chart.

As his career began in 1987, Richard immediately got involved with many charitable organizations. By donating the royalties from his 1987 hit single, "Should've Known Better," he helped build a room at the NYU Medical Center where pediatric cancer patients can play while at the hospital. In 1989, he wrote and recorded the song "Children of the Night" about the plight of homeless children on the streets and donated all the song's royalties to the Children of the Night Foundation, which houses and reforms street kids. To date, the song has raised over $500,000. Additionally, he has performed benefit concerts for many organizations, including the TJ Martell Foundation, Toys For Tots, Make A Wish Foundation, the American Cancer Society, Best Buddies and the Special Olympics.

Perhaps closest to Richard’s heart is the Cystic Fibrosis Foundation, whom he aligned with in 2000. He organized what has become an annual benefit concert to raise funds for research to cure the disease. The multi act, all-star concerts have, thus far, raised over $3 million. In February 2004, Richard won the Song of the Year Grammy for "Dance With My Father," which he wrote with the late Luther Vandross. It was a big night for several reasons. "It was the award itself," says Richard. "For me and more importantly for Luther. I was proud."

2005's "Better Life," a song written by Richard and Keith Urban which was included in Keith's last CD, the triple platinum "Be Here," was the biggest hit single from the CD, spending six consecutive weeks at #1 on Billboard’s Country Singles chart.

In the summer of 2006, Richard was asked to join "Ringo Starr's All-Star Band" for a North American tour of 22 cities. Richard played guitar in the band supporting Ringo and others, including Billy Squier and performed his own hits at each show. Ringo and Richard recently co-wrote a song for Ringo's upcoming CD, "Y Not," in 2010.

In 2007, Keith Urban released another song co-written by Richard, "Everybody" from his "Love, Pain and the Whole Crazy Thing" CD. The song went top 5 on the Country charts. In 2008, Richard began touring with Vertical Horizon lead singer, Matt Scannell, as an acoustic duo. They released a CD, "Duo" on iTunes, and played shows throughout the US. They continue to do occasional shows together and are releasing a live CD in early 2010, followed by an electric rock record as a duo.

Richard will be touring internationally in 2010, making stops in India, China, Taiwan and Europe among other territories.

Richard, his wife, Cynthia, and their three sons reside in a suburb of Chicago.