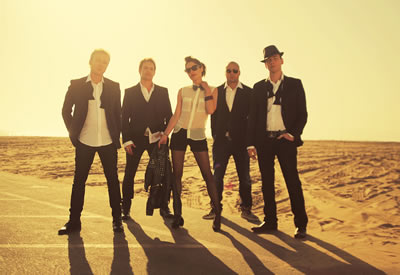 Superbus is a five-piece French pop/rock band formed in 1999 by it's lead singer Jennifer Ayache. The band's name is from the Latin word 'Superbus', meaning Proud. They released their first album 'Aeromusical' in 2002. Their second album 'Pop'n'Gum' followed in 2004, and was produced by David Salsedo from Silmarils. Superbus won the Best French Act award at the MTV Europe Music Awards in 2006, and the NRJ Music Award for the Best French Music Band in 2008. Their song 'Radio Song' was used in 'Guitar Hero III: Legends of Rock' as an unlockable bonus song. Also their song 'Butterfly' is used in the game 'Fifa 08'.