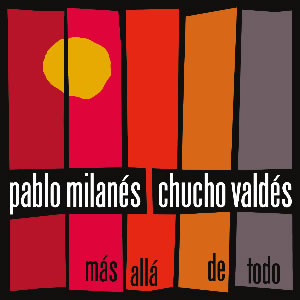 Pablo Milanes was and still is a crucial figure in Cuban music. He was a big part of the nueva trova popular-song movement of the late '60s; helped out by the Cuban government under Fidel Castro. The movement was revolutionary in the way it modernised traditional Cuban folk music. Milanes gained renown for his highly poetic lyrics and smooth yet emotional singing, he is now one of the most popular and respected Cuban musicians and songwriters of the late 20th century, and his discography is enormous.

Chucho Valdes was the son of Bebo Valdes, a respected Latin jazz pianist. His father helped him discover the beauty of jazz music, by the age of 5 Chucho was learning to play jazz piano. Chucho was the bandleader and composer of the band "Irakere", one of the best Cuban dance bands of his generation. He became the president of Havana Jazz Festival, which got him involved with many prominent jazz musicians such as Wynton Marsalis, Roy Hargrove and David Sanchez. Chucho more recently formed a big band with trumpeter Roy Hargrove called "Crisol" which later won a Grammy. More recent years have seen him touring the USA extensively.

These two artists are long time friends and both have expressed their willingness to participate in a recording together but their ways had never crossed for this purpose until this year when they decided to join their talents to record an extraordinaire album called Mas Alla de Todo (Beyond Everything).

In this album all music was composed by Chucho and all lyrics written by Milanes. Pablo also sings on all songs.