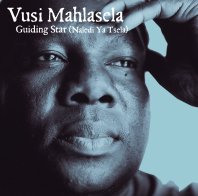 Anglophone listeners can enjoy Mahlasela's English lyrics on about half the songs; the rest fly by with a similarly uplifting spirit of discovery and meditation. The maskanda-influenced opener, "Jabula", nods to deep tradition with boot dancing and pennywhistle playing, but soon enough heads into richly percussive territory and assumes an aura of celebration. Amogst featured guests are the reggaefied protest song "Chamber of Justice" (with Xavier Rudd), the bluesy, slide guitar-adorned "Tibidi Waka" (with Derek Trucks) and the somber "Sower of Words" (with Dave Matthews).