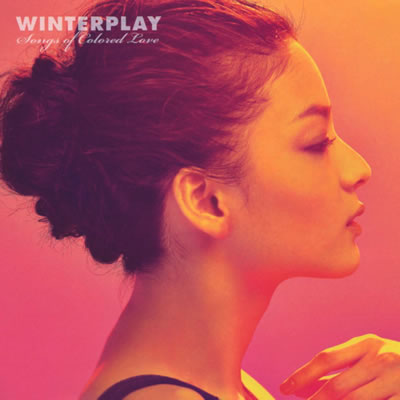 Winterplay isn’t a conventional jazz band, though it’s hardly a typical pop group. Normally, jazz musicians have some time off in the winter, so the band initially formed with the idea of only performing in the winter. That’s why they took on the name ‘Winterplay.’ Originating from Korea, Winterplay are fronted by Haewon ; After entering Dankook University, she heard Ella Fitzgerald’s ‘Too Darn Hot’ which enchanted Haewon to jazz.

While still in college, she developed her own unique learning method to pronounce and sing songs in English, although she had never traveled outside Korea until last year. Juhan Lee is the creative force. His father was a diplomat, so he experienced many countries and cultures. He started to play trumpet in the elementary school band in Iran. Soon after arriving in Korea in 1993, after a 27 year absence, he found himself playing for many famous Korean artists and movie soundtracks, but it his partnership with Haewon that has brought Winterplay prominence as one of Asia’s foremost Jazz outfits.