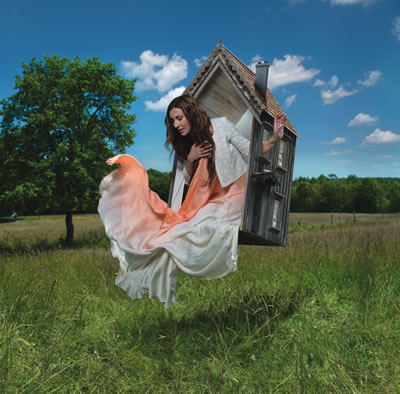 Zazie is one of the biggest and brightest stars in French pop of the last two decades – A pop diva phenomenon: 18 years of hits, 6 Top Ten albums, all Platinum sellers in France.

Her height and looks gave her a career in modelling before her songwriting took centre stage. Her songwriting skills have served her well. As well as her own hits, she has contributed a number of songs for other pop stars in France.

‘Za7ie’ is her seventh album and comprises 14 songs selected from an ambitious programme of 7 Digital 7 song EPs which are released over a seven weeks period through October and November. Each of the 7 Eps has a different theme and is released on a different day of the week!

The songs for this album has been carefully selected to present a coherent whole on a single disc.