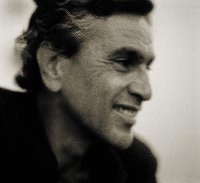 Caetano Veloso Caetano Veloso is one of the most important figures in contemporary Brazilian music. His works, poetic and polemic, are considered true masterpieces. As Caetano says, "I make my records as a painter would paint his canvas". In fact, he makes every melody he sings sound luminous and newly discovered. Born near a small town near Salvador, Brazil, he took an early interest in music and has gone on to become one of the most highly regarded artists in his own country and Internationally. He was one of the Key members of the Tropicalia movement and was later imprisoned and exiled to England due to his forthright views. (The Tropicalia movement established a bridge between the rural and the urban, the high and the low cultures, bad and good taste) Nearly 30 years later, Veloso's accomplishments include authoring several books, a string of hits written specifically for others, and much music for stage and film.