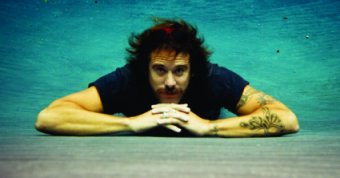 Donavon Frankenreiter is a musician and pro surfer from California.

Donavon's first record, 2004's 'Donavon Frankenreiter' was made with the aid of his long time friend Jack Johnson, and spawned the AAA radio hit "Free". With the release of his second album in 2006 Donavon began to find his own musical voice with the appropriately titled 'Move By Yourself'.

On his latest album 'Pass It Around', Donavon collaborates and injects new sounds in ways he had not attempted prior. He says, "On Pass It Around, I definitely had a lot of ideas and it was fun putting trust in other people."