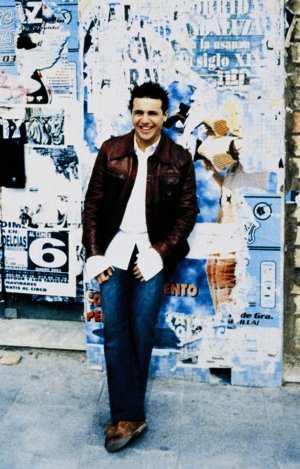 Faudel came to prominence when at the age of 18, Universal offered him a 5 album deal. His debut album "Baida" then sold 300,000 records, and his part in in the 1,2,3 Soleils album with Khaled and Rachid Taha confirmed him as the major star of Rai music. He has one of the most beautiful voices to come out of the vibrant Algerian Rai tradition, his style an incredible homage to the great masters of this roots rebel music.
His brand new CD "Another Sun" confirms him at the forefront of Rai, where Faudel is not afraid to mix flamenco, ragga, rap and R&B. Featuring the talents of Les Negresses Vertes and Zen Zila, Faudel sings his heart out with lyrics that express the hopes and frustrations of a whole generation of young Algerians. With hard hitting lyrics and inspirational music, it's no wonder that he has been crowned 'The Little Prince Of Rai'. This is one of the major World Music albums of the year