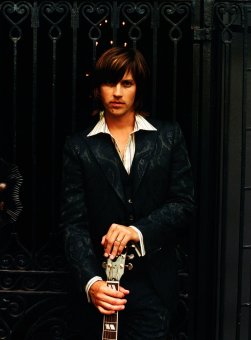 Already widely loved for his work as frontman and main songwriter of the hard-charging rock 'n' roll quartet the Old 97's (of which he is still a member), Miller revealed a more introspective side with his acclaimed 2002 solo debut The Instigator. The Believer takes its predecessor's achievements several steps further, with a dozen deeply-felt, craftily melodic tunes that demonstrate the Texas-bred artist's knack for using accessible songcraft to address complex emotional issues.

Miller continues to balance his solo endeavors with his membership in the Old 97's. The still-active quartet has released seven albums since 1994 (the latest being the live set Alive and Wired) "I love to rock, but it's liberating not to always have to keep up with the freight train that is the Old 97's," Miller says of his dual musical careers. "Making The Believer, I felt like I didn't have to answer to anybody. Part of that was because I'd proven that I could do both, and part of it was because the guys in the band have been so cool about it. After ten years, we're beyond the bullshit. The other guys all have lives and families, so now we're at a point where we can do the Old 97's for the rest of our lives, but we don't have to do it every day."